Is Bitcoin bad for the environment?

Every year Bitcoin mining takes up the annual domestic electricity consumption of the entire nation of Sweden.

Blockchain and Bitcoin swept the world in 2021 and went on to spawn innovations like decentralized automonomous organizations (DAO or legally incorporated as DAO LLC), NFTs, and Web3. But above all, it encouraged mining farms to burst onto the scene with no regards to the excessive energy use and the consequences it will have on the environment.

Despite efforts to regulate the mining of Bitcoin in various countries, it seems almost impossible to halt this growing revolution. It’s been more than a year since the Bitcoin hit its all time high of $64,800 in April 2021, but there is still a growing pool of holders that believe in cryptocurrency. This infatuation with fintech doesn’t come without a cost and the price is heavy indeed.

Is Bitcoin bad for the environment?

Take a second to consider how Bitcoin is mined. It is a digital currency and can only be mined with digital means. Powerful computers are kept on for days on end and depending on which countries the miners are from, they might be harming the environment with their energy usage – furthermore, mining farms are often air-conditioned in order to keep their machines optimized, and everyone knows the negative impact that air-conditioners have on the environment.

With the world already dealing with the effects of global warming and at a time where companies are actively reducing their carbon emissions, Bitcoin is actively contributing to the other side of the spectrum.

One single Bitcoin transaction takes up enough energy to power an American household for a month or two and emits “over a million times more carbon emissions than a single Visa transaction”, as published by The Cambridge Bitcoin Electricity Consumption Index published that the global Bitcoin-mining operation takes up “the annual domestic electricity consumption of the entire nation of Sweden.”

Due to low energy costs, China and Kazakhstan have become hotspots for Bitcoin mining farms. However, China has cracked down on Bitcoin mining due to the exorbitant increase in greenhouse gas emissions, which seemingly halted the nation’s mining practices momentarily, before picking up again two months later. Experts have theorized that the mining industry in China might have utilized VPNs during the two months where the contribution of Bitcoin mining in China was reduced to 0%.

Not all cryptocurrencies are built the same

Beneath the frantic demands for crypto, there are hordes of activists and environmentalists challenging the sustainability of cryptocurrencies. With the rise of a more eco-conscious generation, it is only a matter of time before the populace turns against cryptocurrency, regardless of how profitable it is because it is contributing to harming the planet, but all is not lost.

The second largest cryptocurrency on the market, Ethereum, has heavily hinted that they would be switching to a more sustainable method. They are looking into a different method for keeping the cryptocurrency industry decentralized and are working towards the ‘Proof of Stake’ method, which is one of the few methods of verification available to cryptocurrencies in order to stay decentralized. The way it works is by picking one random person to solve a block instead of having tens of thousands of people working on the same problem and randomly being awarded a reward, which is how PoW works, and this would effectively reduce energy consumption by 99.95%.

Touted as the future of the internet, Web3 is also built around the PoS system as it offers a more sustainable solution, though it is far from perfect, as people have complained that as those with more coins have a higher chance of being selected as a validator, it is a skewed distribution and hardly as fair as the system that Bitcoin has built.

PoW or Proof of Work is a preceding system that rewards miners with a certain amount of crypto when they successfully solve complicated problems which verifies transactions and keeps Bitcoin secure. This effectively maintains a powerful network of miners while simultaneously increasing the value of the coin, but Bitcoins take up a lot of power for even one single transaction due to its decentralized nature whereby transactions are encoded over a web of random computers, contributing to its increasingly hard to ignore carbon footprint.

Where do we go from here?

Investing in cryptocurrencies that do not require the same kind of energy that Bitcoin does is an obvious choice, and many crypto companies and tech industry leaders are also motivated to find a safer alternative.

Unfortunately, it’s highly unlikely that Bitcoin will ever change its PoW system and that is why it is such a strong contender in the crypto industry. Investors trust in it because it never changed and never will. Perhaps one day the world will move on from Bitcoin, when something new takes its place, but the fact remains that if we refuse to impose restrictions on crypto mining, it will take a life of its own and continue contributing to an already brutalized planet, going beyond the 2°C that the Intergovernmental Panel on Climate Change (IPCC) has set in the international treaty for limiting global warming. 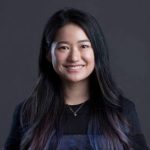 Vey Law is a reporter at The Academic.

NFTs may allow patients to regain control over their health data

A bioethics team from the Baylor College of Medicine argue that NFTs may hold the key to protecting patient data.